The dust has finally settled following theThird Annual Emerging Civil War Symposium at Stevenson Ridge a couple weeks ago. It was such a successful event that we’ll be moving the event into the Lodge for the entire weekend next year to accommodate the crowd. (This year’s event sold out a month in advance and while a few people from the waiting list got squeezed in, some folks unfortunately had to be turned away–so we’ll be ready for them next year with a bigger space!)

Next year’s symposium will be Aug. 4-6, 2017, and will focus on Great Defenses of the War. Emerging Civil War has already announced its line-up. For anyone who wants to sign up now, there’s an early-bird special underway–and for people who attended this year’s symposium, there’s an even better deal available until Sept. 1. Email emergingcivilwar@gmail.com for details.

The ECW gang got together for a group photo in front of the Riddick House on Saturday–and this wasn’t even the whole gang. For IDs, check out Emerging Civil War. 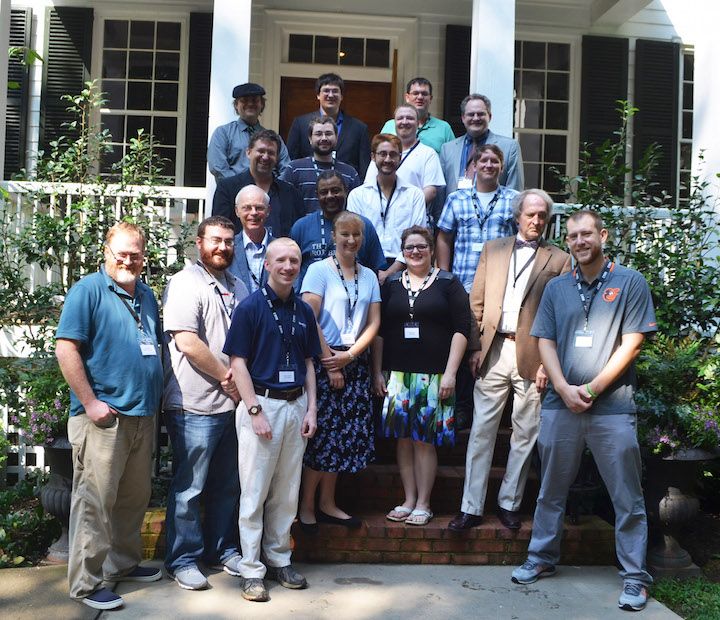