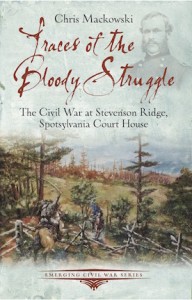 A day later, May 9, 18634, the battle came to the area today known as Stevenson Ridge. Union infantry stormed across the Ny River and swept up the hill, making it almost into the Court House itself before stout Confederate resistance stopped them. Participants in the fight called it “the battle of the Ny.”

For the next two weeks, three-quarters of the Union army moved across Stevenson Ridge’s property.

You can read more details about the Stevenson Ridge’s Civil War history in our special Emerging Civil War Series booklet, Traces of the Bloody Struggle. Oder your copy for only $10 (plus shipping, tax included) by emailing us at cmack@stevensonridge.com.