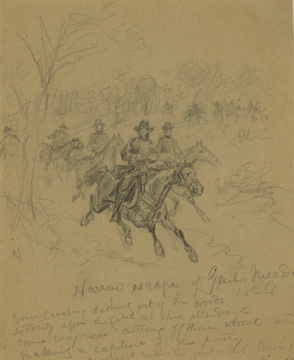 The property is known as Myer’s Hill, and it saw a lot of action on May 14, 1864. As CVBT said in its press release, “The story of Myer’s Hill features local Spotsylvania County troops, colorful Zouaves, a newly minted brigadier general, one of the most successful merchants in Spotsylvania County, and the near-capture of the Army of the Potomac’s commander, George Gordon Meade.” There’s a lot that went on there!

I’ve been fortunate to be one of the historians who’ve helped CVBT with this project, so I can attest to how important the property is. It’s also of particular interest to us at Stevenson Ridge because Myer’s Hill is so close to us. Once the Federal army started shifting around on May 13 and 14, the troops who assaulted Myer’s Hill came right through our neck of the woods.

CVBT needs to raise a half a million dollars to preserve the ground. If you’re interested in helping, you can read more about it here and donate here.