We had a super successful Sixth Annual Emerging Civil War Symposium at Stevenson Ridge last weekend. We’ll be announcing details for next year’s Symposium next week, so stayed tuned! In the meantime, here’s a look at some of the fun we had this year: 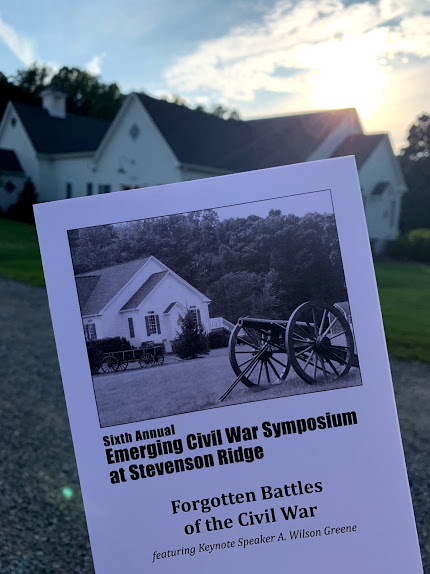 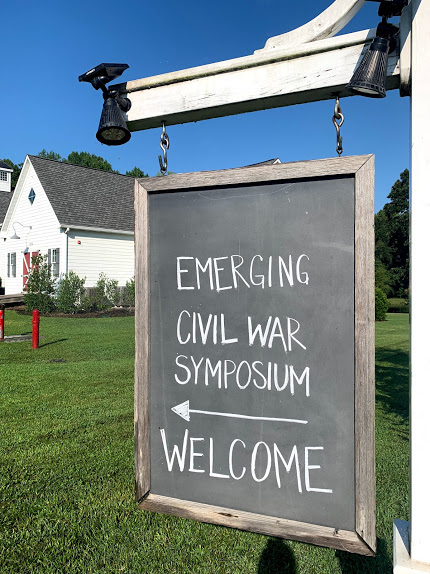 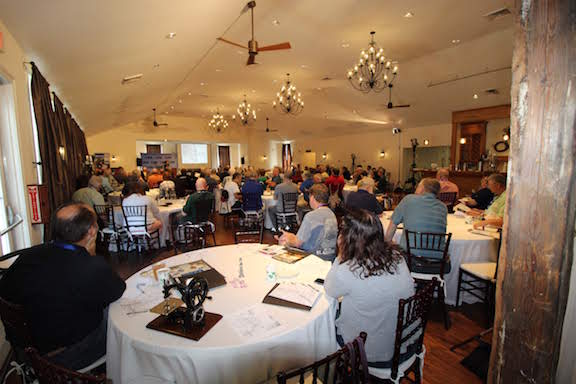 We had a sell-out crowd. Tickets sold out in early June this year. 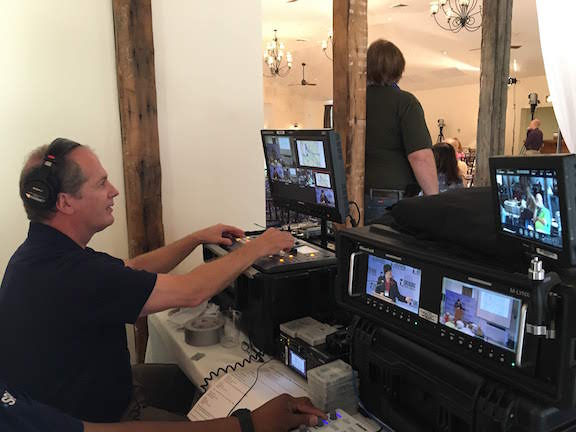 C-SPAN once more covered the event. Segments will begin airing in mid-September. 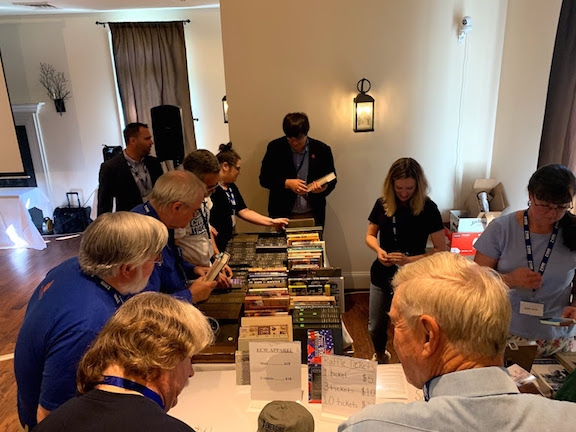 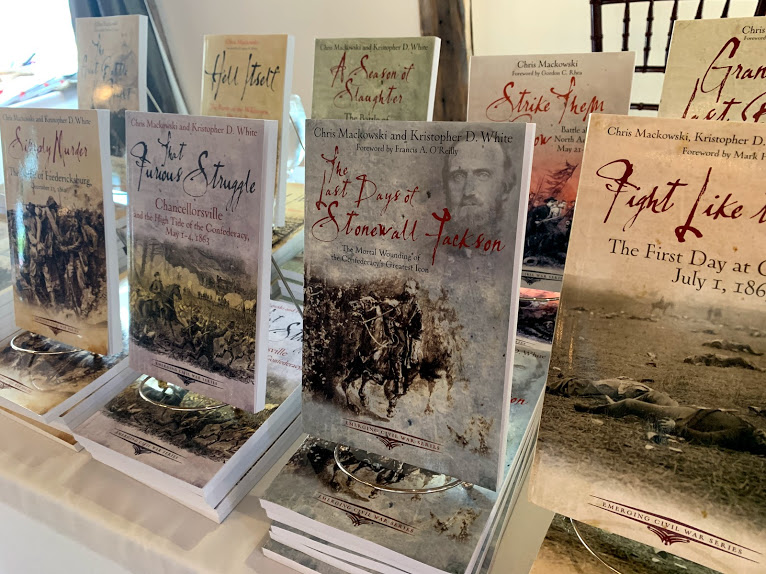 ECW authors had their books for sale, too. 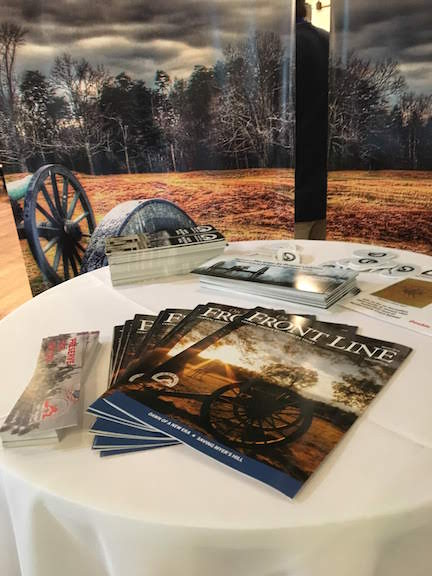 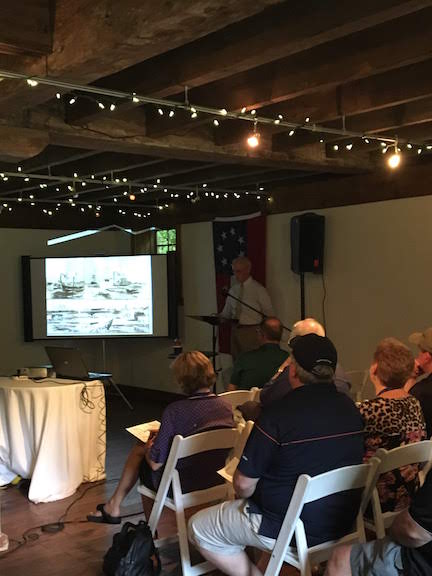 On Friday evening, we had concurrent sessions in the Lodge and, here, in the Riddick House (where the ECW Symposium started six years ago). 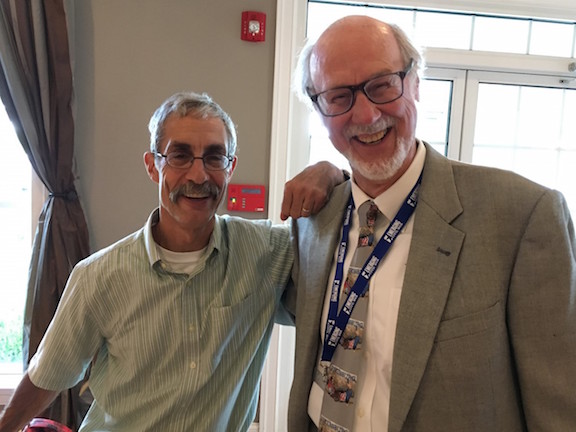 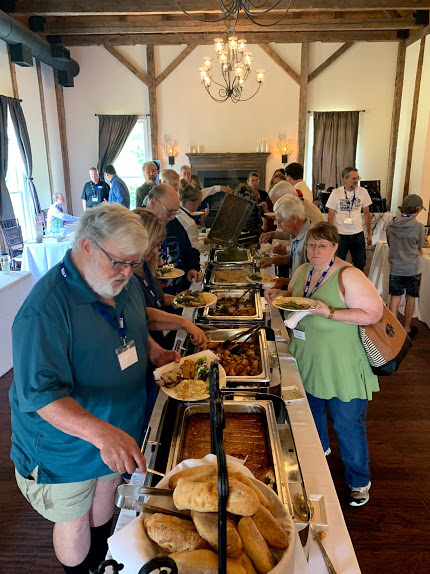 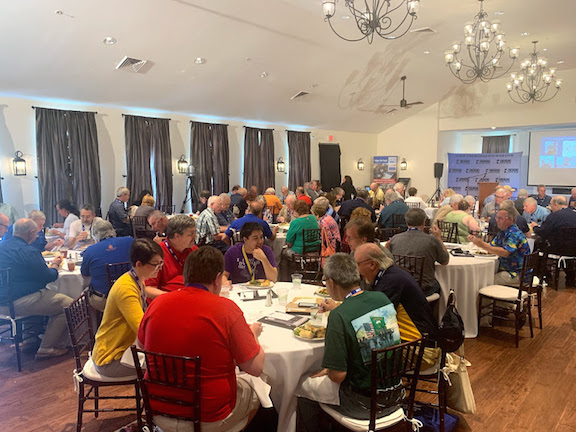 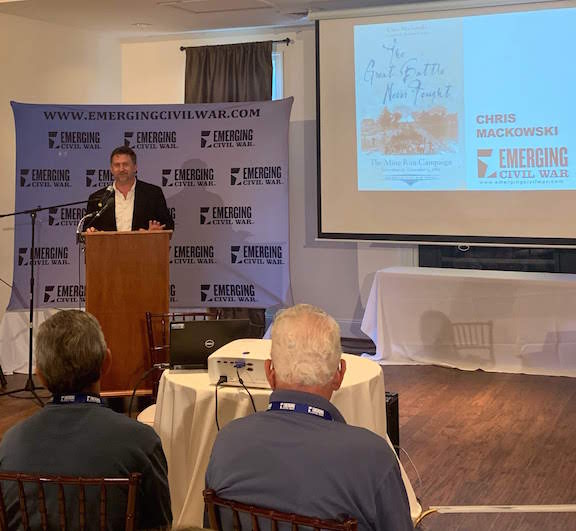 I batted clean-up on Saturday–the last of twelve speakers for the weekend. 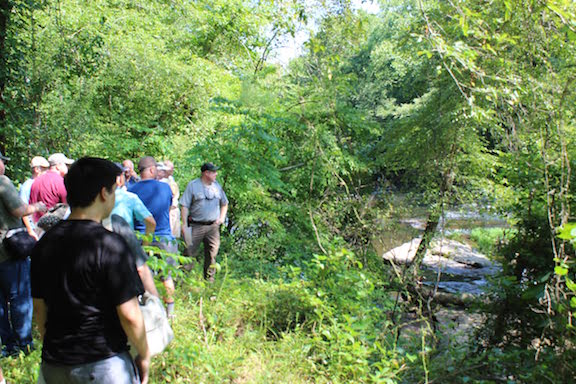 On Sunday, ECW’s Bert Dunkerly, a historian with the NPS, led a tour along the banks of the North Anna River. 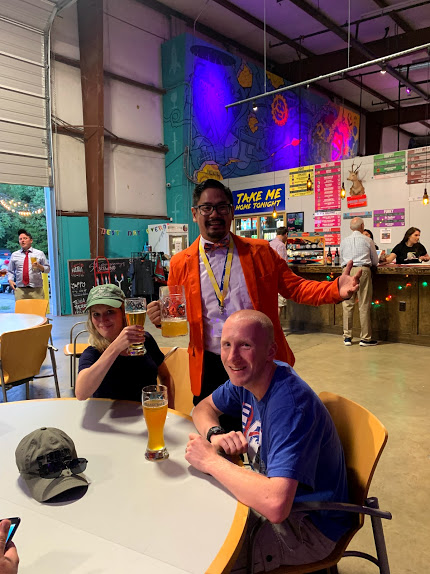 At the Saturday-night after-party at Strangeways Brewing! 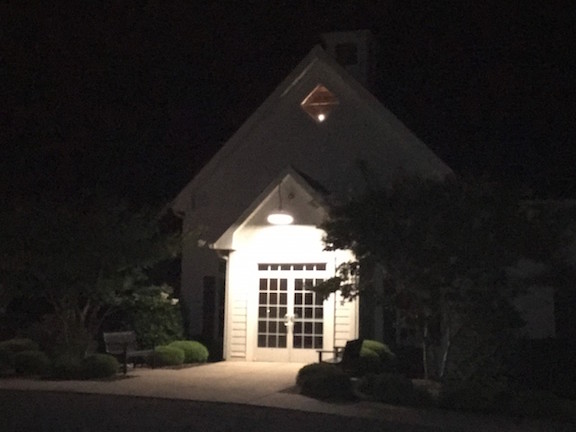