I’ve written in the past of two wartime images that show the property that is now Stevenson Ridge. We’ve recently come across a third image that shows the property, and it’s the earliest image of the three.

Sketched on May 10, 1864—the same day that Thomas Greeley Stevenson was killed nearby–the image shows reinforcements from the Federal IX Corps marching down the Fredericksburg Road past the Gayle House toward the front. Artist Joseph Becker captured the scene for Frank Leslie’s Illustrated News, one of the weekly illustrated papers popular during the Civil War. The original image now resides in the Becker Collection at Boston College’s library.

The sketch does not show the troops as they descend into the Ny River Valley, but it does show them, as little slash marks, marching up the ascending bank. As they do, they pass by the property that is now Stevenson Ridge. It’s the triangle-shaped area in the middle-third of the image, to the right. A line of trees marks its northern border. 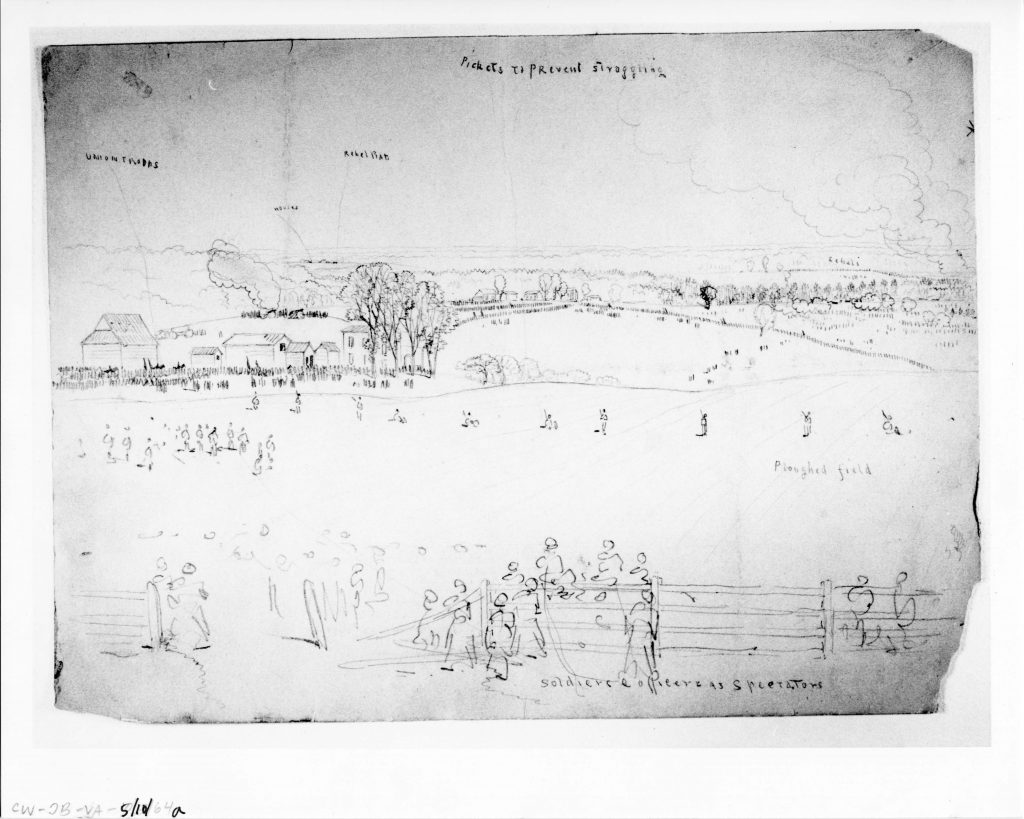 We’ll explore the image in more detail in the weeks to come!